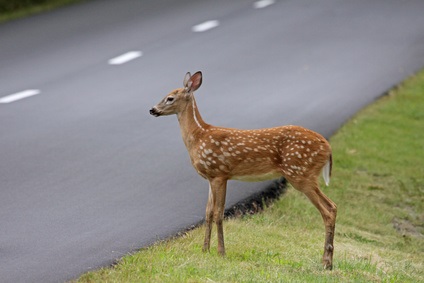 Population control of deer has long been a controversy for certain groups in the U.S., with some being very vocal about their negative views on hunting. They believe hunting is not only cruel, but an outdated sport. The reality is that without hunters, however, many deer would die from starvation.

Deer permits are generally handed out based on current deer populations rates for a given unit. State parks and wildlife organizations use aircraft to fly over the state to count current numbers, although many volunteer organizations also help. Some volunteer their aircraft while others will go out and count in person, comparing numbers to get a more accurate count.

After getting the numbers, the state will issue permits based on the current information. Most states use a formula for determining how many permits to sell and take into consideration how many of each sex there are. Of the permits sold, an average of only 15% of those holding a permit will actually bag a deer.

What Determines How Many Permits are Sold

How many deer a unit (a predetermined section of land) is able to support determines how many permits will be issued. This is called the carrying capacity. The carrying capacity is based on the maximum number of deer the land can support when their natural diet is at its lowest, typically in the winter. This is why deer hunting occurs in the fall, to harvest enough deer so the population won't starve during the winter.

Carrying capacity allows the deer enough food to forage without having to search for less nutritional foods, such as what can be found in yards, gardens, or other areas with food not really meant for their diet. These foods are nutritionally deficient, so much so in fact, that deer relying on these diets often have fewer young.

Some people have suggested relocating the deer to areas that are more viable for their survival, but the idea isn't well supported by historical data. When relocation has been attempted in the past, there is a mortality rate of up to 60%.

The Negative Side to Unchecked Deer Populations

Deer populations are greatly controlled by their natural predators, but with humans hunting their predators or relocating them, the deer populations begin to grow out of check. Add to this the reality that humans are taking more and more of their land, which leads to an unbalance in the ecosystem. This isn't only damaging to the deer population. As deer seek out food in yards and closer to homes and roads, there is an economic toll on home, car, and landowners.

Insurance statistics have shown that, of people who lived near deer populations, there is a one-in-48 chance of car damage that comes from hitting a deer. In some areas, that number has dropped to one-in-40. Further, the cost of deer ruining trees in yards by eating the bark when they're starving or rubbing their antlers against outside walls, and the cost of repair begins to skyrocket.

While too many deer in a given area can be economically damaging, if hunting weren't legal, many of these deer would starve to death. Hunting can be a fun sport and one that ultimately helps the deer population to stay healthy and viable, especially when their natural predators are absent.